Seeing Others’ Humanity Builds Our Capacity as Leaders

Welcome back and congratulations on a new school year! I hope your summer had the right mix of professional learning, planning, and relaxation. While the summer months are a busy time for us at the NYC Leadership Academy, as we support school and system leaders with their learning and planning, I managed to carve out some time to read and reflect with my staff book group. We read (and in some cases re-read) Leadership and Self-Deception by the Arbinger Institute and I wanted to share some of our take-aways with you. 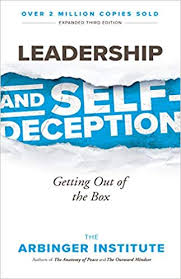 The messages in this book are simple yet profound: To be effective leaders, we must see the humanity in every person. We need to reflect on how we at times subconsciously put down others in order to justify and cover up our own lack of willingness to act and work harder and, really, to make ourselves feel better. This book continues to reinforce the message that by becoming more aware of how our interpersonal interactions impact others—whether in our personal lives or in our leadership roles — we can hold ourselves accountable and free ourselves to have more authentic and meaningful interactions and relationships.

When adults consider how challenges in the school are within their own power to change and are not the fault of students, parents and the community, real movement toward dismantling inequities can begin. My 8th grade teacher, Mr. Lovelace, did that for me – rather than take as fact other teachers’ complaints about my “troublemaking” ways, he sought to truly see me and all my potential and focused on how he could support me. 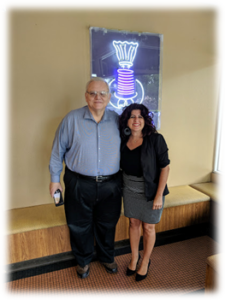 While he could have easily given up on me, he built a strong relationship with me and went above and beyond in his teaching to engage me with interesting writing opportunities. He unequivocally changed my life.

As we all begin a new school year, I challenge teachers, school leaders, and district leaders to join me in understanding the self-deception we are all, as humans, guilty of. Read the book, discuss it with colleagues, read it again. Acts of self-deception are especially dangerous when they impact the behaviors of leaders because of the power we hold. As leaders, we must continuously examine how our behavior impacts those around us.

Finally, as the authors encourage in the book, we urge you to see the whole person in front of you, whether a child or an adult, and to honor their humanity. Rather than seeing each adult as an object that is there simply to help forward your collective mission, focus on really seeing and deeply engaging each individual. Be willing to dig deeper and give more of yourself. The changes you make will be liberating for yourself and your team.

Dr. Nancy B. Gutiérrez is President & CEO of the NYC Leadership Academy. A graduate of Harvard’s Doctor of Education Leadership program, she has spent much of her career as a teacher and principal in her home community of East San Jose, CA, a predominantly Mexican-American community, where she was named California’s ACSA Region 8 Middle School Principal of the Year.

FULL BIO  |  all posts by Nancy B. Gutiérrez

Dr. Nancy B. Gutiérrez joined the NYC Leadership Academy in 2014 and has served as National Leadership Designer and Facilitator, Vice President of District Leadership, and most recently as Chief Strategy Officer before being named President & CEO in July 2018. Nancy is a Fall 2019 Pahara-Aspen Education Fellow.

Nancy’s belief in education as a critical vehicle for equity and social justice has inspired her dedication to education. Growing up in a disenfranchised Latinx neighborhood in East San Jose, California, she witnessed first-hand the impact of limited resources and low expectations.

Nancy began her career as a teacher and principal in her home community, where she was the founding principal of Renaissance Academy, the highest performing middle school in the district and a California Distinguished School. Achieving that success, she went on to lead an effort to turn around the district’s lowest performing middle school, located only two blocks from her childhood home. Nancy was named the UC Davis Rising Star and Association of California School Administrator’s Region 8 Middle School Principal of the Year in 2010.

Since she joined the NYC Leadership Academy in August 2014, Nancy has led such accomplishments as launching the organization’s district leadership work, developing principal supervisor leadership standards and aligned curriculum and programming including the popular Foundations of Principal Supervision institute. More recently, Nancy led the creation and implementation of NYCLA 2020, the Leadership Academy’s strategic plan. Prior to working at the Leadership Academy, she launched a program for executive leadership advancement for the New York City Department of Education that led to superintendent certification.

Nancy served on the national board of the Coalition of Essential Schools for more than a decade. She is an adjunct instructor at NYU and is a frequent speaker and instructor for the Harvard Principals’ Center institutes for School Turnaround Leaders, Urban School Leaders, and Race, Equity, Access, and Leadership. Nancy is on the Latinos for Education (L4E) teaching team, a graduate of the Association of Latino Administrators and Superintendents (ALAS) Aspiring Superintendents Academy, and a member of Education Leaders of Color (EdLoC) which aims to break through the polarizing divides that have consumed efforts to improve public education.